Choosing a tattoo is a fun and exciting experience. Before you make your decision, consider the type of snake you want, the cultural influence of the snake, and your preferences for the design. A snake tattoo can represent life and death, strength, and temptation. It may also represent something personal or have a meaning for you. 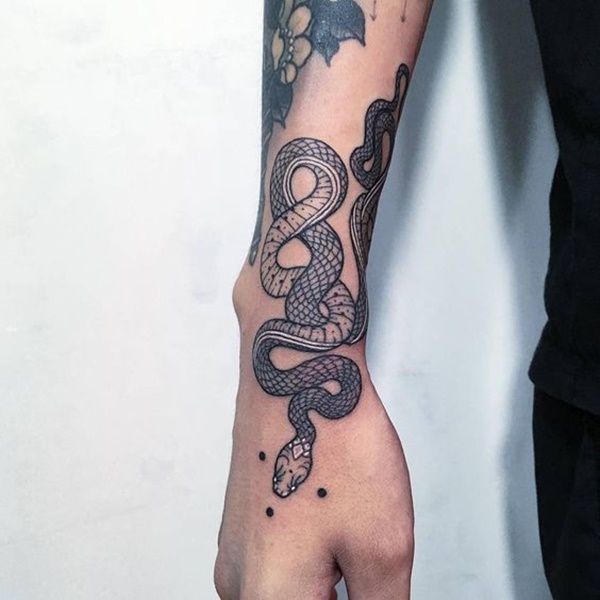 Snake tattoos are a symbol of life and death

Snake tattoos are a symbol of life, death, and transformation and have many different meanings across cultures. In Asian and Western cultures, snakes are considered to have spiritual significance, and are also considered a symbol of rebirth and transformation. In Japanese culture, snakes are viewed as bringing good luck, prosperity, and protection. However, Christians may associate snakes with temptation because of the Biblical story of Adam and Eve. In ancient Greek mythology, snakes represented immortality. 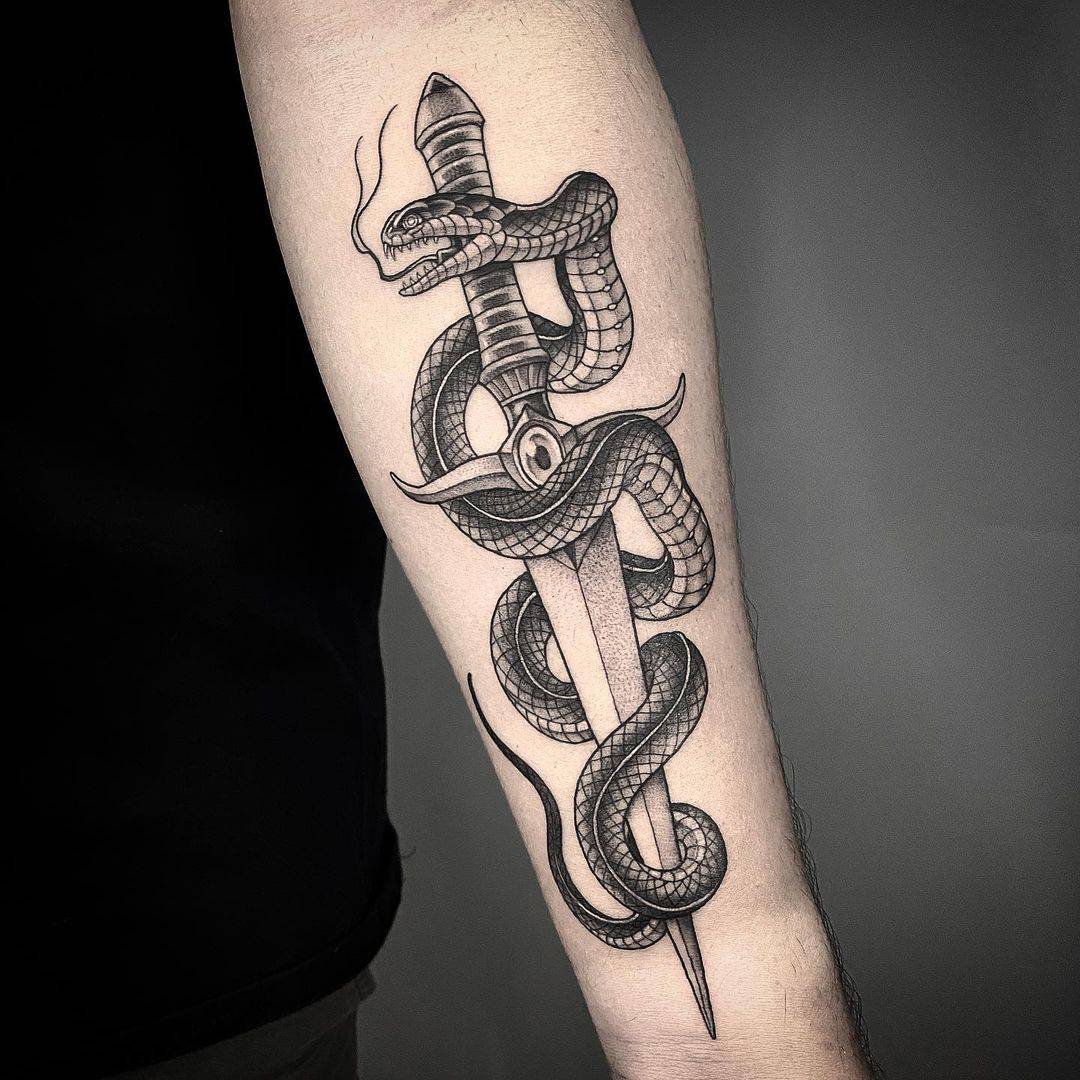 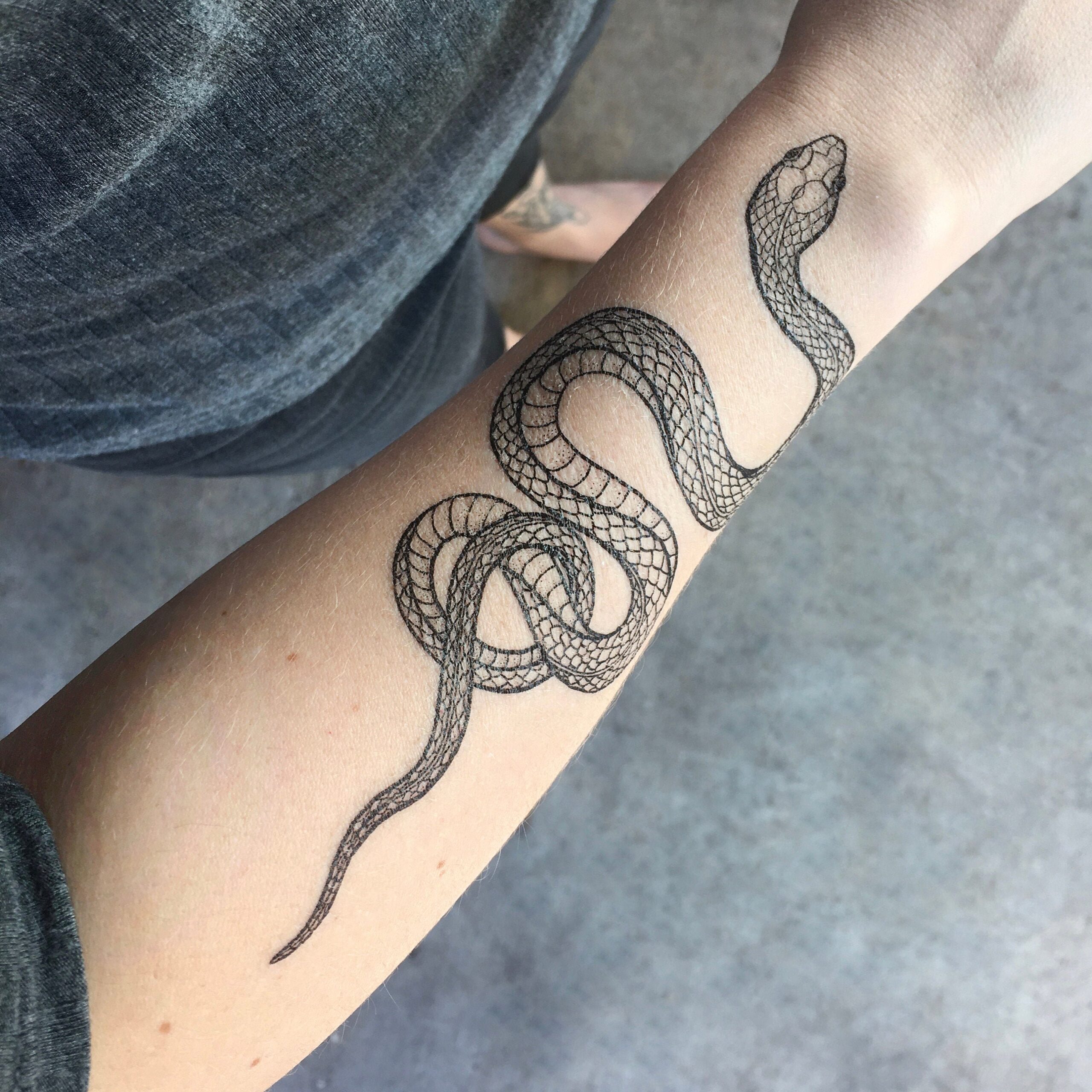 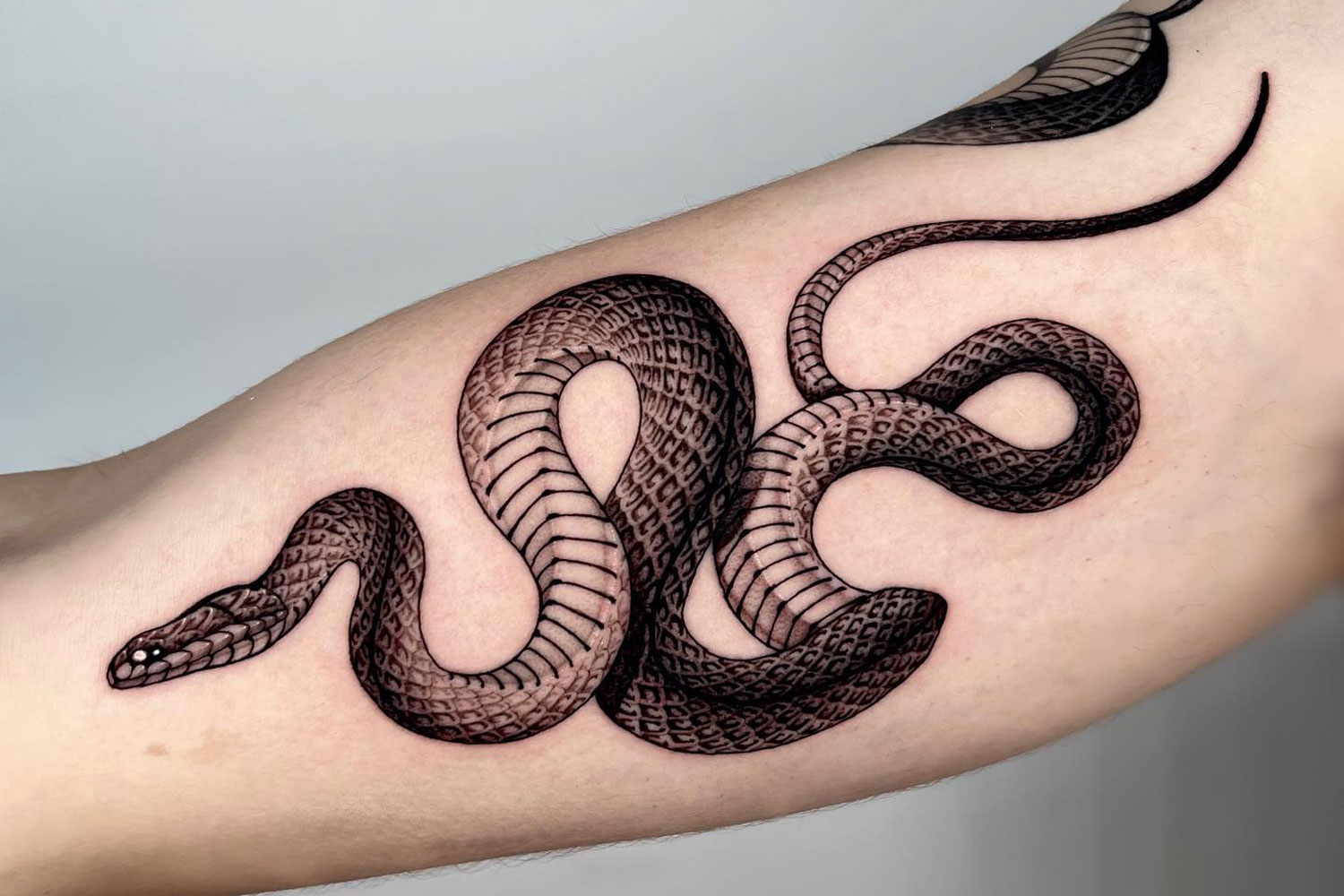 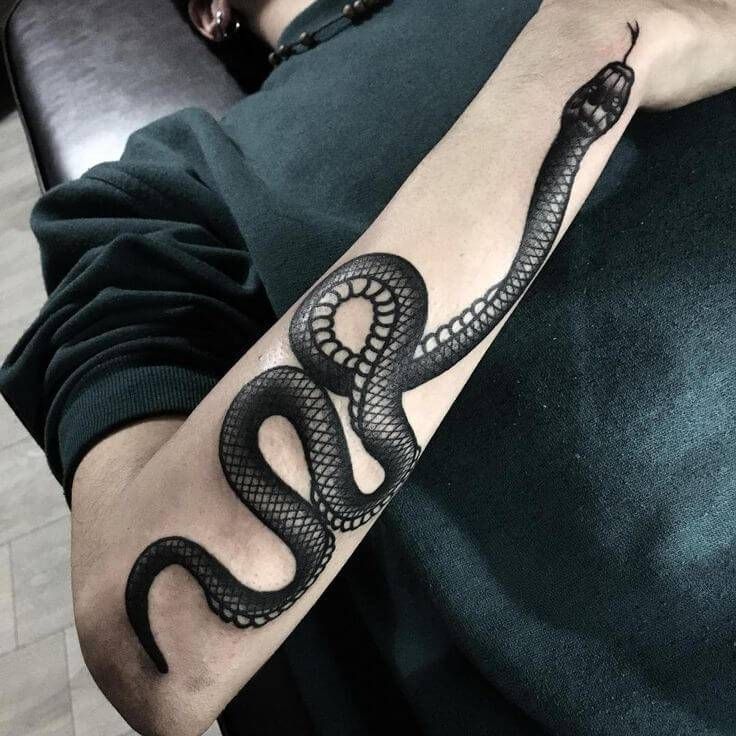 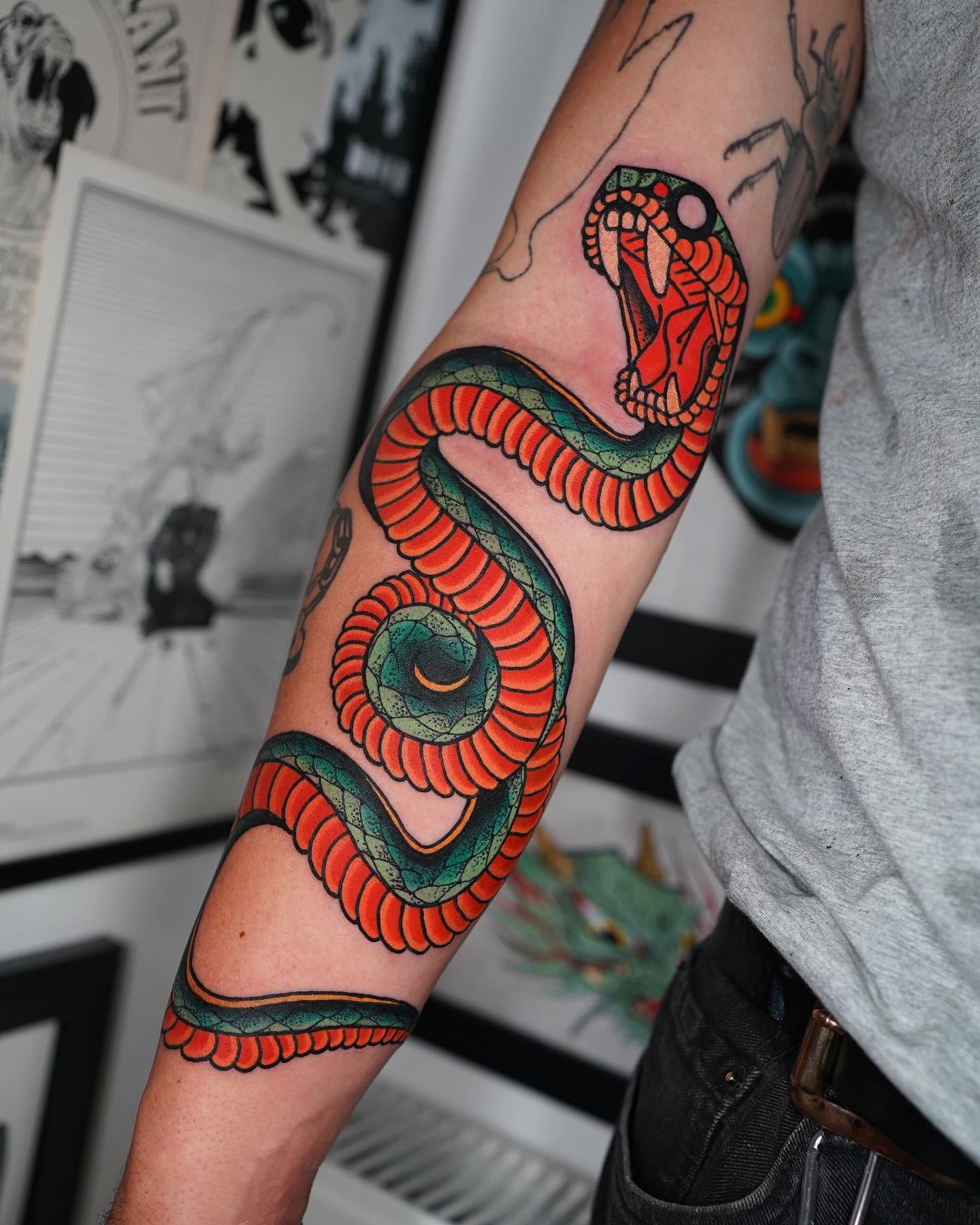 Snake tattoos are also common as a symbol of unpredictability, and can represent someone who does not follow the rules. Snakes are considered to be mysterious creatures, as they slither across the ground and seem to appear out of nowhere. A snake tattoo can be a representation of a mysterious person or even represent sin and the darker side of life.

Snake and apple tattoos may remind you of the story of Adam and Eve and suggest that man is sinful and has fallen from grace. Alternatively, snake tattoos may be symbolic of the caduceus, which is associated with medicine and healing. Native American and African associations of snakes with lightning bolts may also be symbolic of the power of nature. The symbol is also associated with softer meanings, such as innocence.

They are a talisman

A tattoo is a permanent part of a person’s body that symbolizes something or a belief. It protects the wearer from harm, the evil eye, or external attack. These Tattoos are often made by both men and women. But the significance of a tattoo is not entirely clear to the general public.

Tattoos that resemble snakes are often thought to have magical properties. They protect the wearer from backbiting and witchcraft, and heal from speech problems. In addition, they bring the blessing of the Lord and provide long life. Tattoos of snakes and other animals are also popular with many cultures, as they represent the strength of the wearer. They are also believed to be protective of the owner, ensuring good fortune.

In Russia, a snake tattoo represents a god of thunder and lightning. In ancient times, this god was worshipped. The snake also symbolized longevity, hard work, and wisdom. It is believed to protect the wearer from ill fortune and other manifestations of evil. A spider tattoo is also a good talisman, especially for creative people. In addition, a seven-legged spider represents the cyclical nature of the universe. It is also a powerful amulet for peace.

They are a symbol of temptation

Snake arm tattoos have many different meanings. They can represent the idea of temptation or danger, new beginnings, or even death. The snake can also represent fertility or the cyclical cycle of the universe. They are a low-profile tattoo design that has multiple meanings.

Although snakes are associated with temptation and death, they also have positive meanings. For example, Chinese snake tattoos may represent luck, rebirth, or long life. Christian snake tattoos often show the snake in the garden of Eden, either strangling an animal or bursting a heart. In either case, the snake’s sinful nature is revealed. While the tattoo is a reminder of temptation, it is also a symbol of creativity and craftiness.

In the Bible, snakes are associated with the garden of Eden and Adam and Eve. In the Bible, the snake tempted Eve to eat the fruit, resulting in the fall of humanity. Many people associate snakes with temptation, but there are several stories in the Bible that mention snakes in a positive light. In the Garden of Eden, the snake tempted Eve to eat the forbidden fruit and cause Adam and Eve to lose their innocence.

The snake is a powerful symbol. Since the Garden of Eden, it has been used as a symbol of good and evil. Many snake Tattoo designs incorporate intricate patterns and coiling motifs to represent good and evil. They are a great way to symbolize the battle against evil and moral decisions. Snake arm Tattoos have many different meanings, and are a great choice for men and women of all ages.

They are a symbol of strength

A snake arm tattoo can be a symbol of strength or weakness. Snakes are nocturnal animals, meaning that they only come out at night to hunt. However, some species are diurnal, meaning that they are active during the day. Unlike nocturnal snakes, diurnal snakes do not rest or stop hunting during digestion. This is one of the reasons why a snake arm tattoo can symbolize strength and power.

Although snakes are known to be deadly, many people also associate them with good luck and protection. They are often associated with myths and legends, and some snake tattoos are reminiscent of the Rod of Asclepius, a Greek deity of medicine. The snake is also a symbol of metamorphosis and renewal, and is often associated with rebirth and fertility.

The cobra is one of the most popular snakes for tattoos. They are known to be a deadly predator, and their hoods and tails make them look intimidating. They are also considered royal animals in Ancient Egypt. A coral snake has a striking color combination of black and red and is the second deadliest snake in the world.

They are a symbol of beauty

Snake arm tattoos are a popular choice for tattoo lovers. They are beautiful and have many different meanings, including being a symbol of beauty and temptation. They are usually red to attract maximum attention and create an in-motion effect. A snake tattoo on your arm is very striking and is sure to attract everyone’s attention. It is a powerful symbol that is often associated with beauty and temptation, but it can also have some deeper meaning.

In Western cultures, snakes are associated with temptation and greed. Adam and Eve were tempted by a snake in the Garden of Eden, and a snake represents temptation. In Chinese folklore, snakes are punished for sin, but they can also symbolize true love and sacrifice.

Snakes are powerful symbols that represent many aspects of life. They are associated with many different gods, spirits, and parts of the life cycle. They are also associated with immortality and destruction. Because snakes can live on land and water, they can also represent the two opposite elements of life. People who have a snake tattoo on their arm show that they are prepared to face life.

They are a symbol of power

The snake has long been associated with a sense of power and danger. Many cultures consider it a symbol of evil and temptation. In the Garden of Eden, the snake lured Eve to eat the forbidden fruit, but in reality, it was Satan. Despite its dark, sinister nature, snakes represent a potent force.

Snake arm tattoos are often paired with other designs, such as a lion or a tiger. Both animals are powerful, and their designs are commonly used to express masculinity. A snake tattoo shows strength, and the tattoo can also represent knowledge and understanding. In addition, a snake tattoo can represent danger and deception. 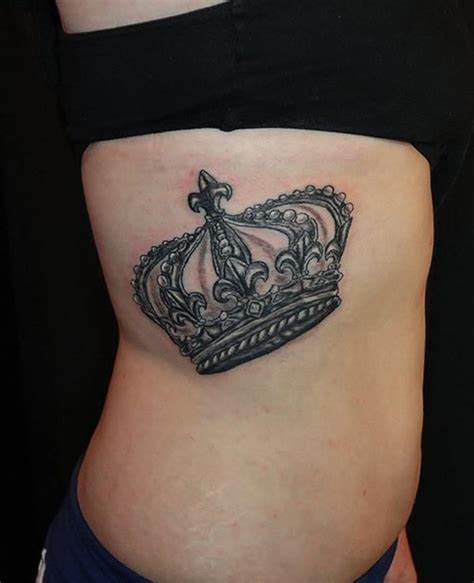 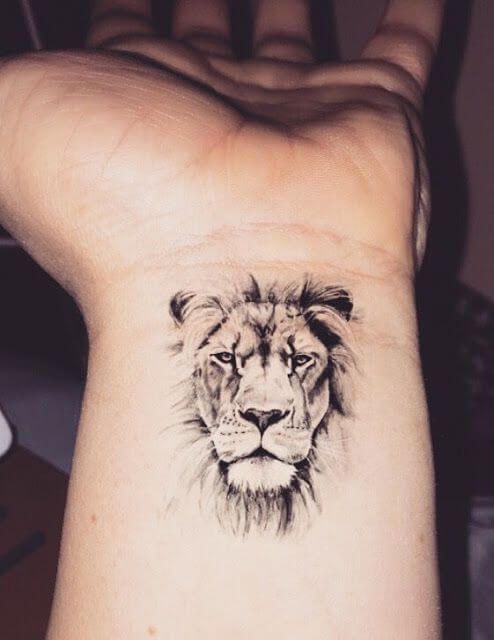