Skip to the content
Home
|
Tattoos
|
Alena Zozulenko: I Am One of Those Who Never Give Up.

You can move to the USA and get a dream job. The most important thing is to comply with all the requirements, and also be patient. This is what tattoo artist Alena Zozulenko thinks. She has many years of experience working in different countries, hundreds of original tattoos made in a strict graphic style. We talked with Alena and found out how she moved to the United States after receiving an invitation from Dot Create Group American studio. 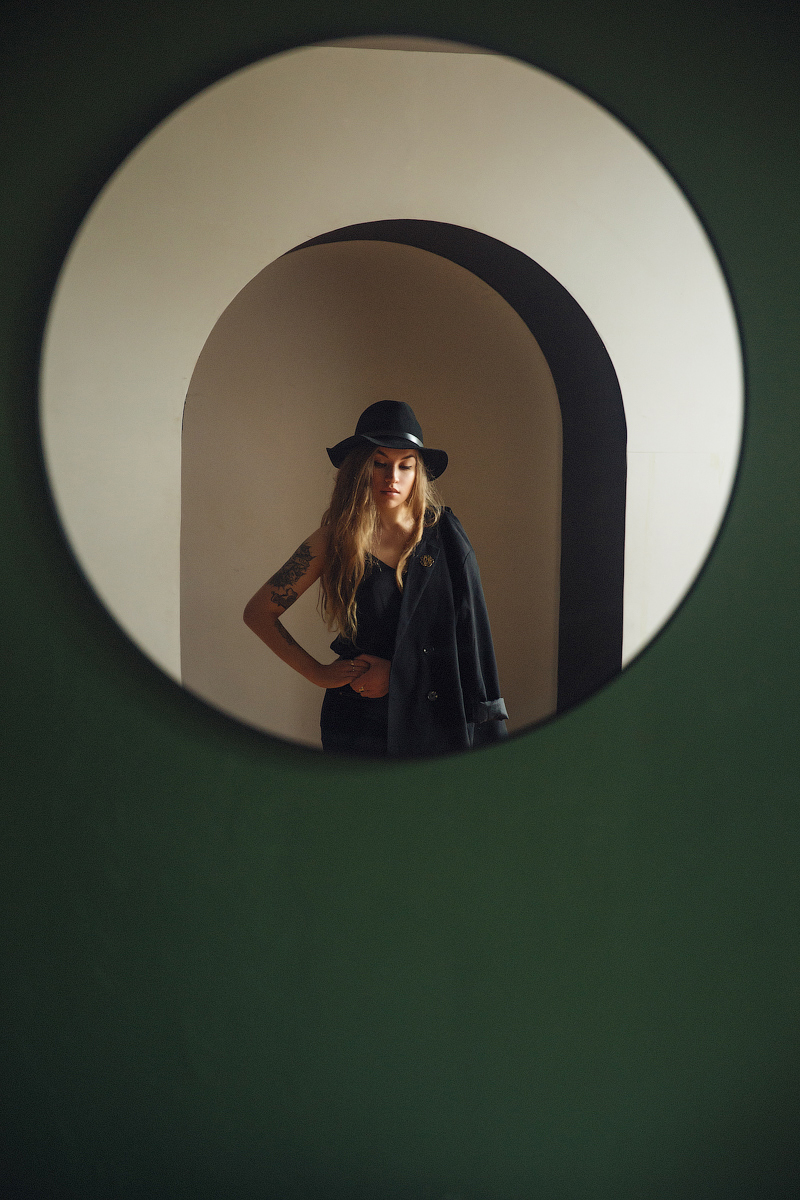 — Alena, tell us how it happened that after working as a tattoo artist in Europe, you suddenly found yourself in the USA?

— My first trips to the United States coincided with the pandemic. Surprisingly, America was then open to Russians, although in Russia nobody thought so. I came to visit friends with a tourist visa and met guys from a tattoo studio who offered me a job. Then there were a few more offers, but in the end, I chose Dot Create Group, where I work now. I must say right away that the process of moving was long and costly. A lot of effort and time was spent on legal paperwork. When the lawyer showed me my case, I was surprised; it was as thick as two Ozhegov’s dictionaries (the first one-volume explanatory dictionary published in post-revolutionary Russia, editor’s note). 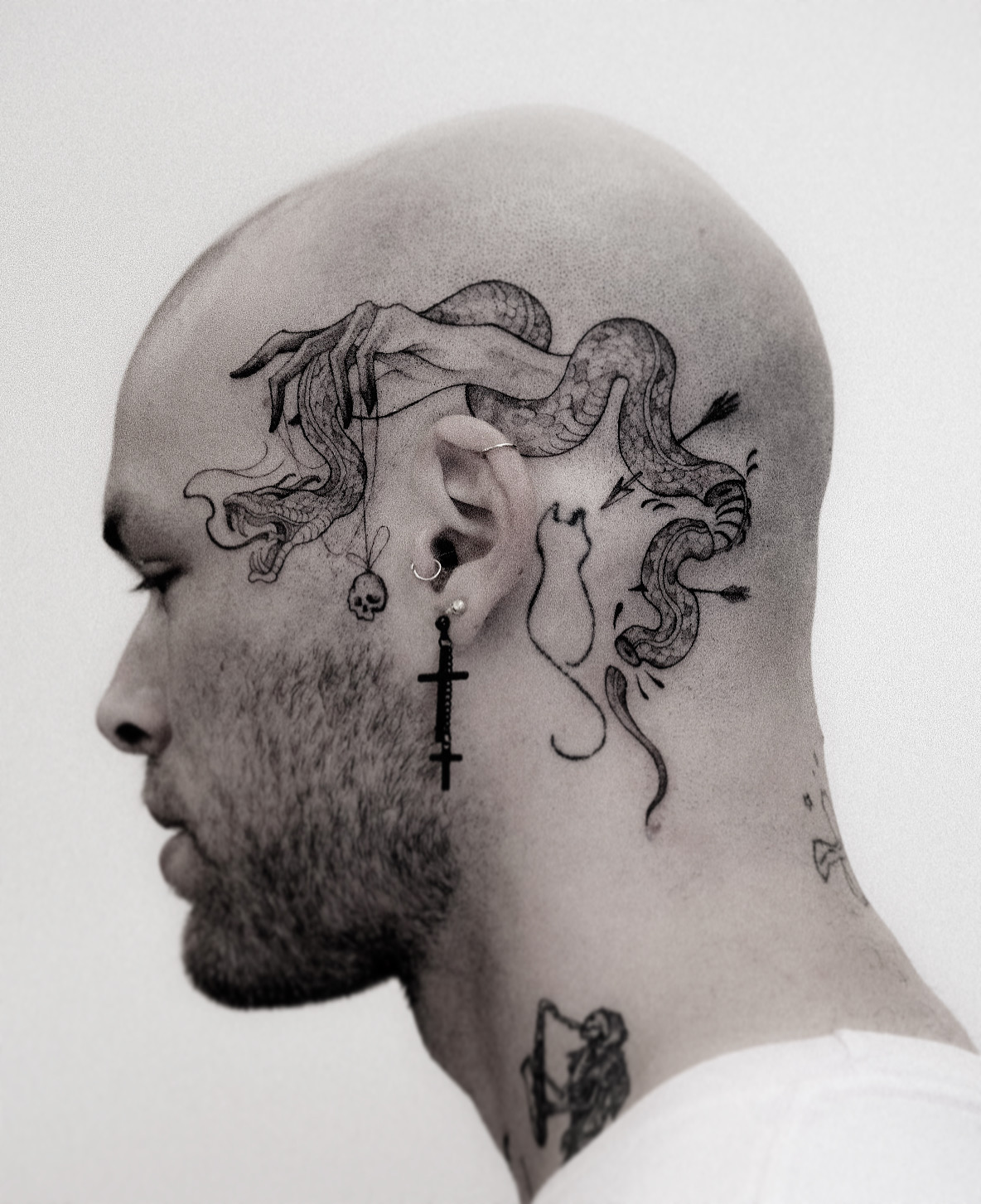 — And then you waited for the US authorities to approve your visa?

— Yes, the visa was eventually approved, but getting it affixed in the passport was a story of its own. In Russia, it was already impossible to get any types of American visas, as the consulate ceased operation. As a result, the lawyer sought for an opportunity for me to do it through European countries. Two entries were cancelled without explanation, but then we managed to find a free slot in Frankfurt. I went there and found out that the passport would not be ready for as long as two weeks. When an office employee saw the bewilderment on my face, she immediately reassured me that the procedure usually was faster. As a result, five days after the passport was ready. However, I found out about an hour before the office closed. I rushed there by taxi, but the driver confused something and brought me to a wrong place. I had to run as fast as I could, but I managed to be there in time. — When you arrived in the United States, did you immediately start working?

— Of course not. There were still a lot of legal paperwork to be done, but first I had to find a place to live. The fact is that it is virtually impossible to rent an apartment here without a credit history. My friends said in the same breath, “You won’t be able to find anything; anyway, you’ll have to share a dwelling with someone, as people often do at first.” But I’m not one of those who just give up. Besides, I understood one thing very clearly: I came to the US absolutely legally, I have a contract with my employer. Why should I live in incomprehensible conditions? I need a nice apartment, a safe neighborhood; I have a dog and I have to walk it regularly. As a result, I started looking for options, calling, clarifying the conditions and found a suitable option. The agent called my employer, asked about the salary, and that was it, we signed a lease agreement. Now I live near Central Park, I walk there every day. The apartment, of course, was empty, so I also bought furniture, furnished everything here. — But you still had to get a license to work. Is this also a complicated process?

— No, I wouldn’t say so. The most important thing is to comply with all the requirements, then the chance to get a license is very high. In fact, you have to pass the test. First you get materials for preparation, then you listen to a three-hour lecture at the National Institute for Occupational Safety (National Institute for Occupational Safety and Health, we specify the name). I really liked the way the lecturer approached her work. It was clear that she understood many issues and tried to convey the maximum of her knowledge to the listeners. I even began to regret why almost no one in Russia lectures with such enthusiasm. We were told about the legal aspects of the work, about the laws that apply in different states. After the lecture, you are given a test, and the result comes on the same day by e-mail. Moreover, the document has legal force, it does not need to be certified anywhere. It is often said about the United States that there is a lot of bureaucracy here. It is true to some extent, but still there are such pleasant moments when you can immediately get a document in your hands without unnecessary delay. 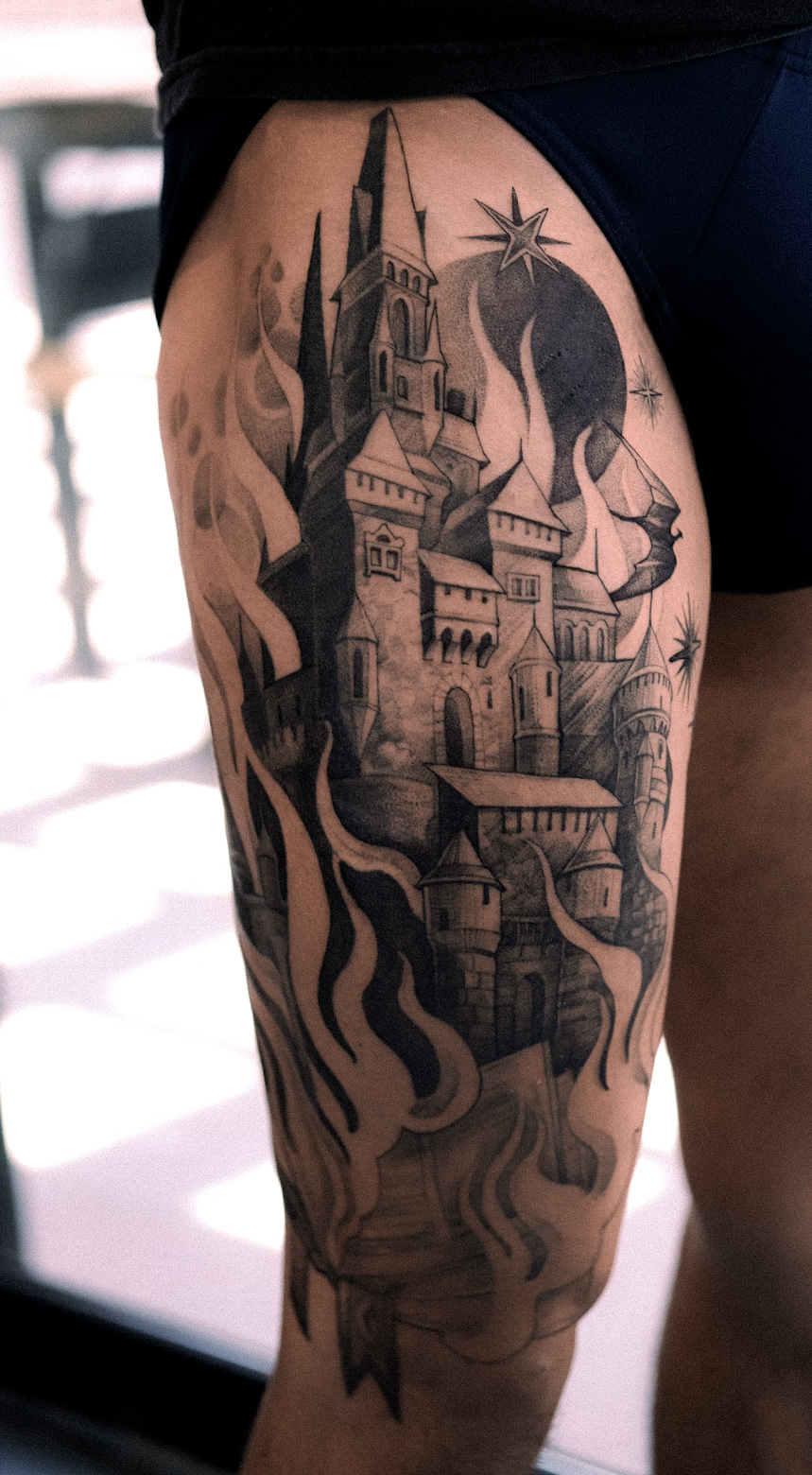 — Tell us a little about the studio you are currently collaborating with.

— The studio is located in the heart of New York, but we will be moving soon; now we are looking for new place. We are expanding and therefore we need a more spacious premise. The number of employees is increasing, and the flow of customers is also growing. And I will have an intern soon; I will have to train him in everything. Well, we’ll see. It’s quite difficult to become part of this industry, you need to be persistent.

— You have worked a lot not only in Russia, but also in the UK, in many European countries. Was there anything that surprised you about the United States in terms of work?

— The main thing that I noticed while working in the USA is how clients treat the work of a tattoo artist. They trust him or her as much as possible; do not endlessly try to make their own edits to the sketch. All issues are resolved in the format of a constructive dialogue. People understand that deal with a professional. In the United States, the tattoo industry is very large; it is a cross between art and showbiz. A tattoo here is luxury and people are willing to pay for it. They always know why they come to the artist. There are many different thematic festivals and conventions here. It’s a tremendously large industry. Needless to say, most of the inks and professional equipment are produced in the USA. 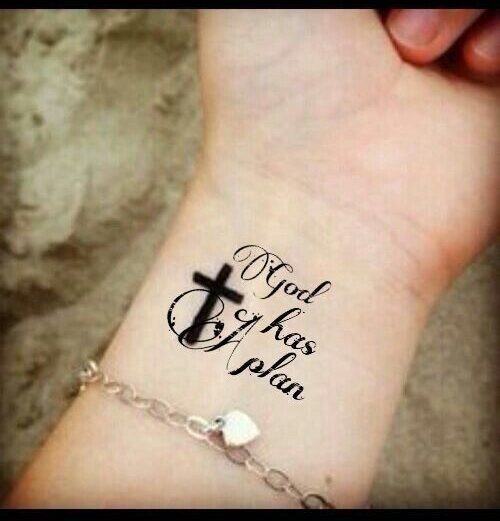 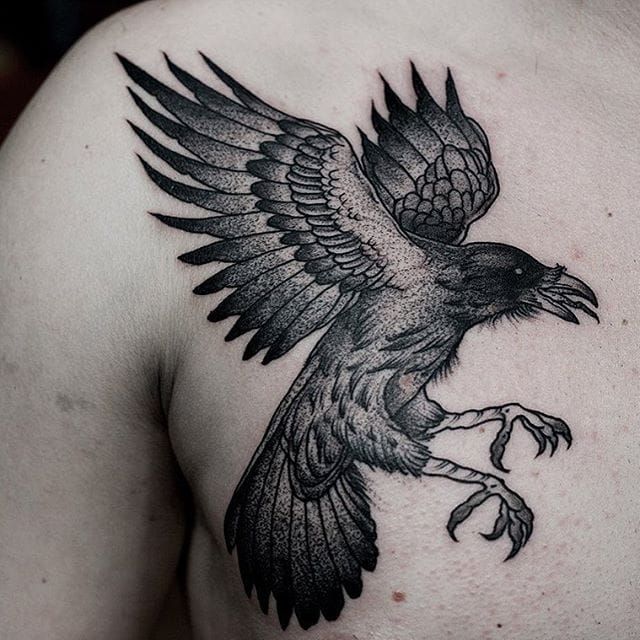